A Wallwisher to leave comments.

Follow instructions (on the blue field) and leave your messages.

Would you like to try this tool? It's really simple!!!

You are to create a blog (individual or group blog) and send me the link so that I can post it to the blog roll.
HOW DO I CREATE A BLOG? Instructions ABOVE. 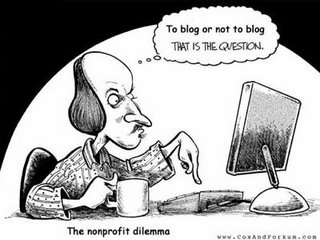 
WHAT HAVE WE BEEN DOING SO FAR?

Tools in out netbooks

FEEL FREE TO POST YOUR QUERIES IN THE COMMENTS SECTION.

One Stop English is a website especially designed for teachers.

If you click on the picture above, you can go to an article called "Thinking Skills for Clil".

stella :-)
NB: not all the articles have FREE access; this one, of course, does.

When you design TASKS you have to take into account the thinking skills involved (see 4Cs  & COGNITION in the CLIL handout).

Benjamin Bloom (1956) and a group of colleagues divided thinking skills into LOTS and HOTS and identified three domains of educational activities. In the nineties Lorin Anderson, a former student of Bloom, revisited the cognitive domain and made some changes>>>he changed the names in the six categories from noun to verb forms and rearranged them (see the highest thimking skills). 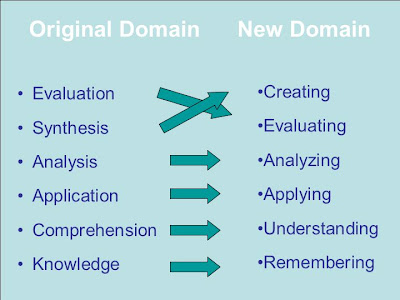 You can read more here: BLOM'S TAXONOMY OF LEARNING DOMAINS. The verbs in each level can be useful in the design of tasks. Anothe r very interesting source if you HERE

More on BLOOM'S TAXONOMY REVISED (you may use these verbs to create TASKS!) 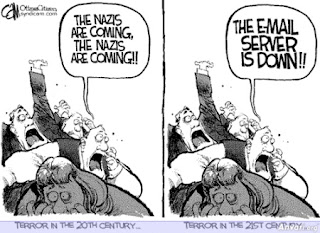 2 teaching sequences to begin with...

TASK #2: Children’s Rights in Argentina
1. In 2005 a national Law for the Integral Protection of Children and Adolescents was enacted.
2. Argentina ratified the United Nations Convention on the Rights of the Child in 1994.
3. In 2010, Argentina established a National Plan of Action against the Commercial
SOURCE: LIBRARY OF CONGRESS .

TASK 3: JIGSAW.
Teacher wants to activate prior knowledge through this game/jigsaw. (It's our turn to play)
What is the topic of the poster/brochure?

TASK 4: WATCH THE VIDEO  and answer:
What rights are being neglected?
Make a vocabulary bank: use word, excell, power point

TASK 6:
ss work with CD 5, Berni for children, and write captions for each picture, invent new titles to each picture, describes them, take photographs of similar situations in their neighbourhood and upload them to a class blog.


TASK 7:
T makes a  Class Blog for ss to write, broadcast their ideas on children's rights in our country.

TASK 1:
Let's create a word cloud using WORDLE.Include words that are connected to this revolution. Make your own glossary.

TASK 2:
Watch the video. If you read your Wordle again, can you recognize any of these words in the video?
TASK 3:


What is your opinion?


★There was a motto that described the revolution.


TASK 5:
Look up more info about the causes of the French Revolution and make a video with MOVIE MAKER. Be creative. Be careful to choose good pictures.

TASK 6:
Now using a spreadsheet try to make a time line with the most important events during this revolution. Use words from your word bank, and Simple Past to express past finished actions or Past Continuous to express long actions or interrupted actions in the past.

Find the dates above

How is this scenario similar to ours?
Feel free to share your comments with your mates.

TIP: it's great for our students because the lecture can be watched in different languages. Simply click on the OTHER LANGUAGES key and you'll find the lecture and the subtitles in the language chosen.


Do you agree with Sir Ken Robinson? Is school killing creativity? If so, what can teachers do to avoid it?
FEEL FREE TO POST YOUR COMMENTS BELOW.


You are supposed to create a mind map with the theory discussed in class >>> CLIL, project work,  tasks, etc. (see handout). 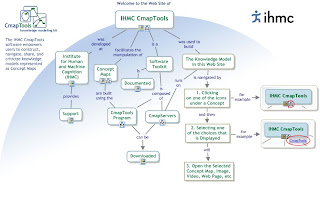 
How to get the EMBED CODE: 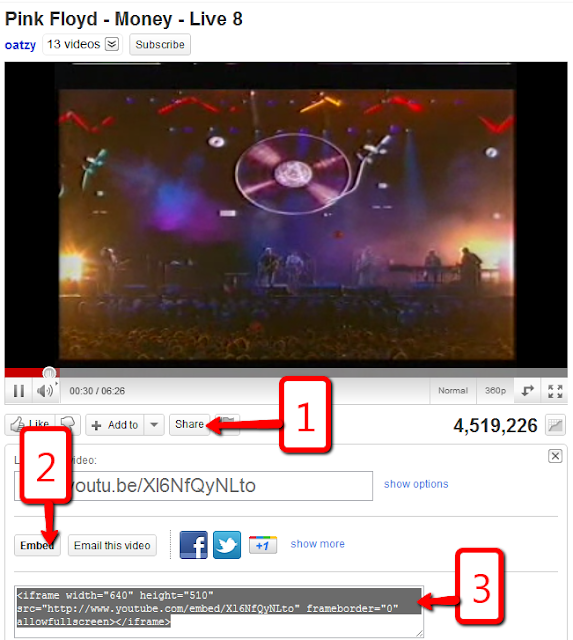 
During the first class we saw that we can download videos to watch them offline, i.e. without an internet connection. There are several alternatives here. The best option to download a video for the e-learning class is ATUBE CATCHER.


WOULD YOU LIKE TO HAVE THESE (or other ) VIDEOS IN YOUR COMPUTER? (Click on the names of the programmes>>>there are links)


Chose ONE of the three options. I use Real Player and it's really easy and user-friendly.

This is a a very simple tool that CONVERTS VIDEOS and gives them an .avi extension>>>it's a LIGHT version of the video. It runs in our nets. MIND YOU: videos do not run smoothly with e-learning Class>>>try downloading the video first and then show it to your students.

Here a videoo that explains how it runs in approx 1 minute.

Try it out. It cannot be that hard! 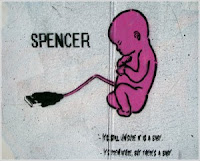 During the first class we discussed the concept of digital nativeness. If you click on the title, you'll find the article written by Mark Prensky: "DIGITAL NATIVES, DIGITAL IMMIGRANTS". 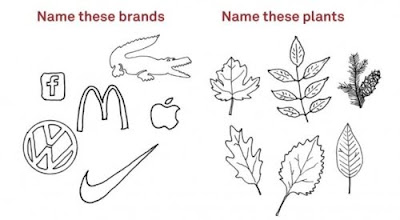 Feel free to make comments. How are these "new students" going to modify our classes? What will our new roles be like? Remember we discussed these issues in class.

A couple of videos to start reflecting upon ICT.

These two monks are in a Medieval monastery. One of them has asked a helpdesk because he cannot understand how the book works. This technological advance is far beyond his limits!

How is this situation similar to yours?


Do you feel like the monk? Has your attitude towards technologies changed? Is it changing? Will it ever change ?


How is a book similar to /better than/different from a computer?

Let's get started again!
This blog is divided into three main areas:
LEFT COLUMN (where you are reading this post). Remember that the oldest posts are at the bottom, while the newest ones are above.
RIGHT COLUMN: where you can find many links, ideas, webliography, podcasts (audio files), teaching sequences, books, music, links to other sites, etc, etc.
LABELS ABOVE: that will send you to other pages within this very same blog with interesting information

HOW TO POST COMMENTS:
• Click on "comments" (right below this thread) to type your message.
• In "seleccionar perfil," choose CUENTA GOOGLE.
• Type a set of letters and numbers as you're asked.
THEN, ONLY FOR THE FIRST TIME...
• Click on CREAR UNA CUENTA GOOGLE.
• Enter the details you're asked. You'll be asked to type details of your regular account. DON'T INVENT A NEW ONE. It says: "tiene que existir."
• Now click on CONTINUAR. You should be ready to post your message then.

Congratulations on your performance! I know it's not easy to produce these changes in our own teaching, but with COMMITMENT, RESPONSIBILTY and TEAM WORK everything is possible!.

This blog will remain open, I will go on adding new things. Feel free to go on updating your own blogs, finding and sharing new stuff with your colleagues.

Hope to see you soon.

ONLY THOSE TEACHERS WHO HAVE TO REFRAME THEIR TEACHING SEQUENCES HAVE NOT FINISHED THE COURSE YET. If I haven't sent you a mail asking you to correct your teaching sequence, it's bec it's all right.

Another chance to learn!

Not to be missed! 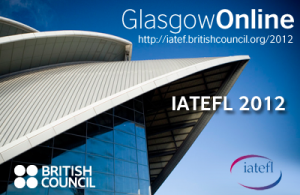 We are against these laws! 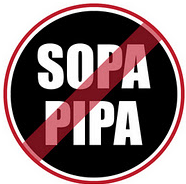 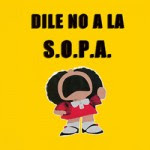 More than 100 have been found. However, there are still 400 grandchildren missing. 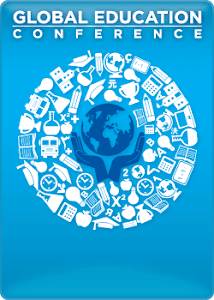 I love this GADGET!

Click on almost any word and see what happens!

Be careful, some are NOT tasks!! 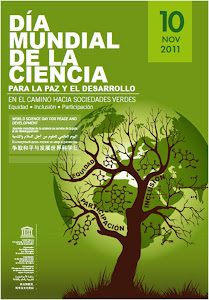 Technology for the future or the present?

A book full of ideas

Another book by Nik Peachey!

A Super Book of web tools